The audiovisual (statutory) royalties in Poland

The article outlines the issue of remuneration for using of audiovisual works in Poland by also looking into a new movement in the world of copyright law. The amount of audiovisual royalties collected by CSs in Poland is currently significant and still growing, since the right in question is attributed both to Polish as well as to foreign authors or artistic performers who do not even have to be members of (proper) collecting society to demand royalties. It is the every user of an audiovisual work under the obligation to pay to the statutory royalties.*

An attempt to reduce the copyright territoriality principle?

This article deals with an important new movement in the world of the copyright law i.e. with an unwaivable author’s remuneration rights for using of an audiovisual work. Unwaivable rights to an author’s remuneration have recently become the most popular in Europe, especially in connection with the copyright law reform undertaken by the European Commission. The said remuneration could seemingly be considered as a remedy for an attempt to reduce the copyright territoriality principle throughout mechanisms such as the portability of services,[1] or strengthening of the country of origin principle by simplifying the process of clearing copyright at source.[2]

Joint authors of an audiovisual work and artistic performers

The statutory regulation of the discussed matter in Poland is included in Art. 70 paragraphs 21-4 in conjunction with Art. 18 paragraph 3 and Art. 104 paragraph 5 point 3 and Art. 1101⁶ of the Act on Copyright and Neighboring Rights (hereinafter the “Act” or “PrAut”).[3] It is provided there, inter alia, that the joint authors of an audiovisual work and artistic performers in that work are entitled to appropriate remuneration e.g. for broadcasting of a work on television or through other forms of public communication. Separately, audiovisual royalties are payable for the rental of copies of audiovisual work and its public performance, reproduction of its copies intended for personal (fair) use/dealing, as well as for displaying of an audiovisual work in cinemas.

The user of audiovisual work has, by virtue of law, the obligation to pay to the above-mentioned rightsholders statutory royalties through the relevant (proper) collecting society (“CS”), which on the other hand has to submit to the Polish Copyright Commission respective remuneration tables in this respect for official approval. Such approval gives namely to the tables a special effect, i.e. a semi-imperative character, which means that any rates used in contracts concluded by a CS less beneficial to those resulting from the approved table are deemed to be ex lege invalid. The right to the said remuneration is not subject to transfer, renouncement by the rightsholder or execution. This does not apply, however, to due claims.

Collection that exceeds 50% of all other collections

The amount of audiovisual royalties collected by CSs in Poland is currently significant and still growing, since the right in question is attributed both to Polish as well as to foreign authors or artistic performers who do not even have to be members of such (proper) CSs to demand royalties from them. This, of course, has implications for the CSs that have to ensure the process of enforcement of the statutory royalties runs effectively. Their role in the chain of this process is, however, unclear: for example, it is not clear whether the CSs could also dictate the applicable rates to the market without them having been previously approved by the Copyright Commission. Unclear is also if CSs can enforce royalties for all the rightsholders on the world belonging the group entitled for payments from the territory of Poland. This article cannot deal with the mentioned matter in detail. Some of problems can be, however, addressed here.

It also firstly worth mentioning that since 2014 the Polish CSs have also the obligation to officially report to the public the amounts of audiovisual royalties collected from the market for the given year which collection currently exceeds – as it seems - more than 50% of all other collections. It is in turn no need to mention here that the use of audiovisual works throughout different public dissemination methods in rapidly growing in the world. From that perspectives audiovisual royalties could become in the near future a significant asset of the rightsholders and a far more significant burden of the users of audiovisual works.

Indeed, as a result of changes to PrAut introduced in 2000 the person obliged to pay audiovisual royalties is now not only the producer of this work, as it had been the case in Poland for 6 years between 1994 and 2000. With the mentioned novelty it is now everyone being in a position of using an audiovisual work, a broadcaster, press publisher, cinema operator, etc. It should, however, also be emphasized that the claim for payment of audiovisual royalties arises only if a legally made exploitation occurred. As a consequence, and in lack of a consent to use the work, there would rather be an infringement case of economic copyrights to an audiovisual work whereas, of course, audiovisual royalties could be part of such a claim in terms of damages for potential loss of profits.

In terms of substantive PrAut, one can speak in Poland of a significant range of different doctrinal opinions describing the legal character of the analyzed right to royalties. This is particularly true in light of the qualification of audiovisual royalties from the point of view of their effectiveness as an inter-partes or absolute right. The proponents of the former theory seem to be wishing to settle legal disputes regarding payments of audiovisual royalties based on the provisions regulating the contract law. The proponents of the latter theory in turn seek redress in provisions regulating infringements of the economic copyright law, whereas the non-payment of audiovisual royalties should be considered – at they wish – an infringement of economic copyrights. 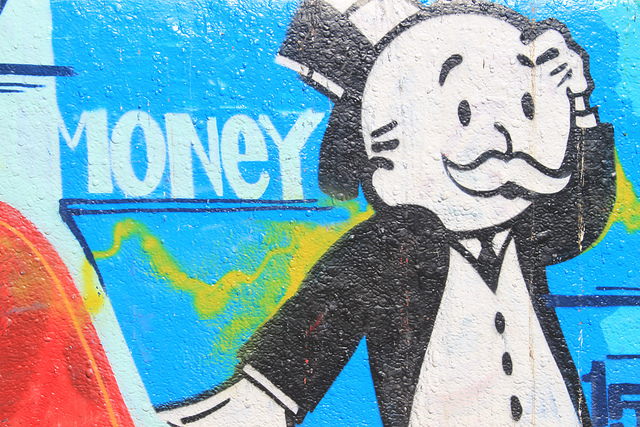 I share the concept of an inter-partes character of the right to remuneration in question rather than to perceive it as an element of an absolute proprietary copyright. It seems that it is here about an independent inter-partes right to remuneration under Art. 70 para. 21 PrAut, a legal norm that modifies contractual relationship between the producer (or the rightsholders themselves) and the users of audiovisual work for the benefit of the joint authors or artistic performers. In this sense one can also speak of an “extended effectiveness” of the right to royalties. A similar norm could be the one regulating the legal status of the approved remuneration tables, a norm of a semi-imperative character in Poland that, as expressed in art. 1101⁶ PrAut, refers specifically to an agreement concluded by CSs with the users of rights. Tables regulating audiovisual royalties, if approved by the Polish Copyright Commission, could therefore only be applied in contracts (inter-partes).

In connection with the above understanding of the analyzed right, such right should also have its own subjective and objective scope such as: the duration of right, scope of use, claims, and rightsholders, which will not be analyzed here.

The criterion that may enable a specific separation of the right to audiovisual royalties as an independent right to remuneration may be the manner in which such right is to be enforced: through a CS, in light of benefits from exploitation of an audiovisual work and the compliance of such exploitation with the absolute copyright (based on consent) and without the possibility of transferring the right, its execution or waiver by the rightsholder, excluding due claims.[4]

Some historical and systemic interpretation

There are also arguments referring to historical and systemic interpretation of PrAut that seem to favor the inter-partes nature of the right to statutory royalties. The Polish legislator consistently uses in Art. 18 para. 3-4 PrAut, for the mentioned there, separate types of sui generis remuneration, such as: the reprographic levies, droit de suite remuneration, the so-called “library fees” and the analyzed statutory royalties, the term “right to remuneration”, linking to the provisions of the Polish civil code and its general principles. If, indeed, as some opponents demands, it was the purpose of the legislator to subordinate the right to royalties to the general principles regulating infringement of economic copyrights, such subordination would have to be clearly introduced in law. It is to be mentioned here that such subordination was also directly postulated in 1999-2000 in the Polish Parliament. It was, however, deliberately abandoned. Both the government draft of the act amending PrAut in the version submitted to the Lower House of the Polish Parliament, the Sejm of the Republic of Poland in 1999 (draft No. 1382), which amended Art. 70 PrAut, as well as a somewhat later, almost identical draft act, proceeded by a group of the Members of the Sejm in 2000 (draft No 1999), which, in this regard, reiterated the governmental draft, foresaw the addition of a new art 801 PrAut. That provision was to state: “the provisions of art. 79-80 [regarding claims for infringement of economic copyrights] shall apply accordingly for the enforcement of the right to remuneration in the cases specified in Art. 18 para. 3. [PrAut]”. The proponents of the mentioned drafts were undoubtedly concerned about extending the tort protection for the infringement of economic copyrights on claims for the payment of statutory royalties. The proposed provision did not, however, stay in the course of further legislative procedure in 1999-2000. It was deliberately removed from the draft. That removal indicates the historic intention of the legislator not to subordinate the right to royalties to the legal regime regulating protection of economic copyrights (authorial property rights just to use the continental law system terminology).

* the article was first published in The Copyright lawyer 1/2018.

[1] Cf. Regulation (EU) No 2017/1128 of the European Parliament and of the Council of 14 June 2017 on cross-border portability of online content services in the internal market OJ L 168/1 of 2017 which comes into force on April 2, 2018, as results of a corrigendum to the abovementioned Regulation of 28.7.2017, OJ L 198/42. The Regulation applies a legal fiction of using a work abroad like at home. Only the online content service is to be portable, not the user him/herself, however, subject to some verification in terms of the residence of the user.

[2] Cf. the proposal of the Polish MEP, Z.Krasnodębski, regarding the introduction to the planned directive on copyright in the digital single market, of an unwaivable appropriate remuneration for authors and performers, despite the transfer of rights – a new art. 14a – PE 592.363v03-00, ITRE_AD (2017) 592363, EU Parliament – accessed 11.1.2018.

[4] This approach seems to correspond with the Bern Convention for the Protection of Literary and Artistic Works of 9.9.1886. Poland is bound by the Paris Act of the Convention of 24.7.1971 (JL 1990 No. 82, item 474). In particular, Art. 11bis para. 2 refers to conditions under which the rights mentioned in the preceding paragraph [regarding for example the right to broadcasting the work or the communication thereof to the public] may be exercised (e.g. by a CS). Such exercising of rights may not be prejudicial to the author’s right to equitable remuneration which, in the absence of agreement, shall be fixed by a competent authority.